A couple years ago Malke Rosenfeld, author of Socks are Like Pants, Cats are Like Dogs,  used Cuisenaire Rods with some students to create the Hundred Face Challenge. The gist of the challenge is that the student must create a face with the sum of the face equal to 100. She extended the activity by adding additional constraints, you can see her original challenge here. This exercise has caught on and now it’s a “thing”. You know an internet “thing”. Not like the ice-bucket challenge or bullet-proof coffee, but we’ll get there. Math isn’t quite that cool yet. But I get ever more hopeful every day. 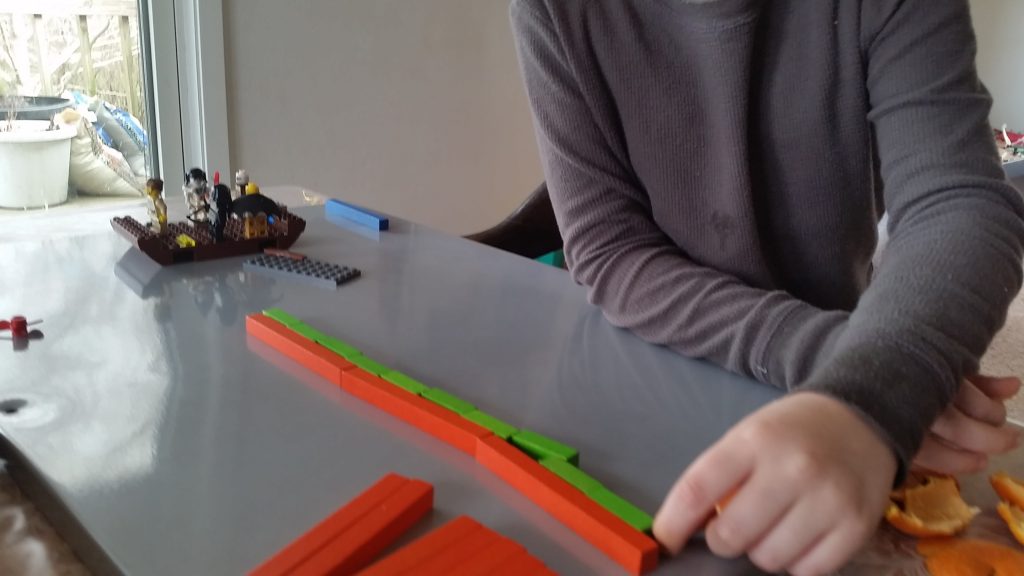 First go around was with my 5-year-old: while he is advanced in many areas of mathematics, addition is not one of them. Asking him to add to 100 was going to be a bit like torture, so we hatched a plan. We call each orange rod 10, based on the white units, and 10 orange rods became his “starting out” blocks. We know he needed ten because everyone knows 10 x 10 = 100.  At any point, he could exchange one or all of the rods for other rods. I served as the banker, which meant I got to keep strict control of all blocks coming in and going out. If he wanted blocks he had to prove to me that what he asked for was the same as what he was giving back. This process is a bit slow and cumbersome but worth it. 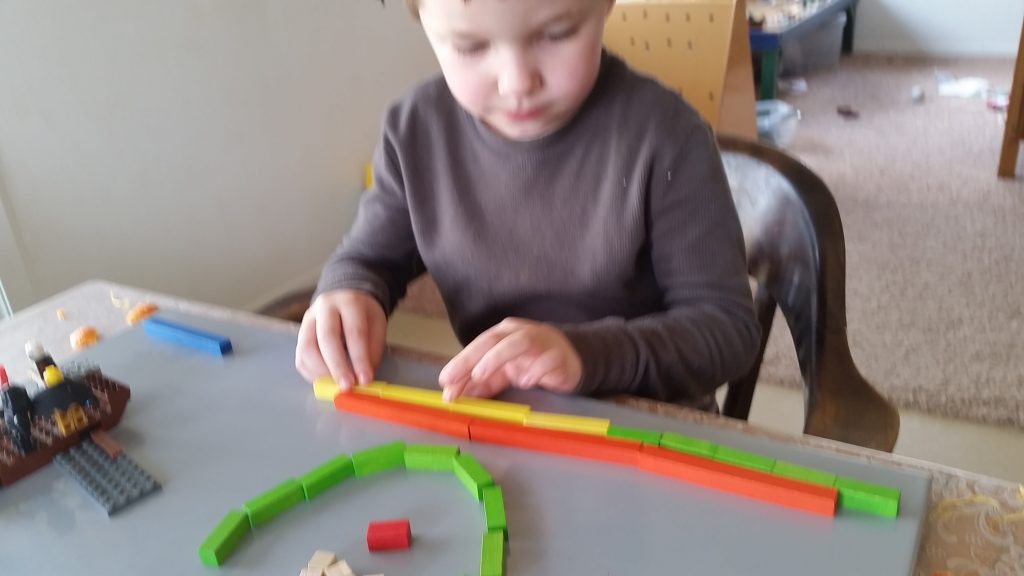 What we learned from the Hundred Face Challenge:

Given how much fun we have, and how much we learn from this activity, it is going to remain part of my bag of tricks for some time. If you want to participate in the hundred face challenge, you can send your images to me at sonya at arithmophobianomore.com. I will post them on my FB page. and submit them here. Or tweet them out using #hundredface or #hundredfaces and mention me @nomathfears.

Over the next few weeks, possibly months, we're going to be walking through Gattegno's Mathematics Textbook 1.  This book is all of 102 pages, but if you are starting in the pre-k to the 1st-grade range it has enough material to last 18 to 36 months or so. One of the things that Gattegno doesn't do, and neither does Chambers, is tell you why you are ...