I keep telling people that the Gattegno books are a guide. Grab a notebook and learn along with your kids. You don’t know where it will take you. We’ve been attempting to work through Gattegno’s Textbook 1. We are supposed to be on chapter 4 working with multiplication and fractions while studying the number 5, instead, we’ve been deconstructing numbers. We’ve been so distracted by our math questions that we haven’t been able to get there yet. Given our experience with math, this is a fantastic problem to have: we’ve been so busy producing math, we don’t have time to consume it. 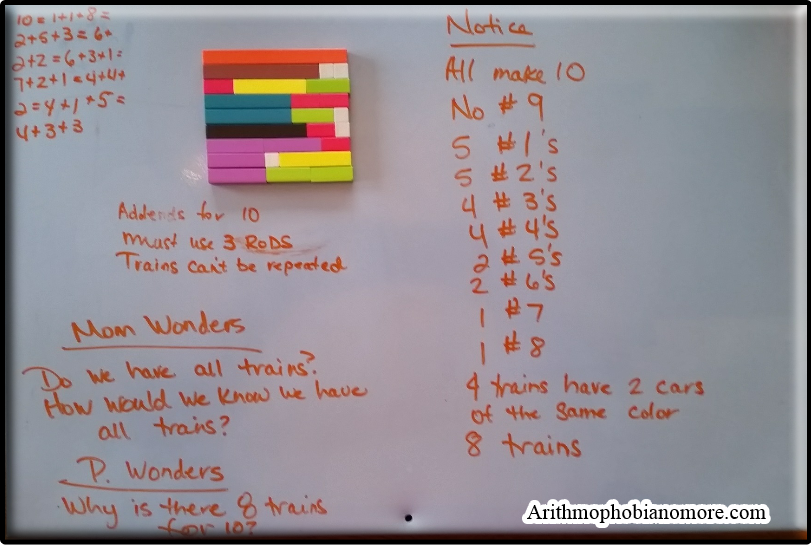 P’s observations concerned how many of each rod appeared in the structure. He counted the number of trains. We made a prediction that there would be more trains than a structure for 10 that contained only 2-car trains. But he thought there would be more than 8. He wondered why only 8 trains. I wanted to know how we would know if we had all the trains. We thought we had them all, but how would we know for sure? After a bit of discussion, we decided to rearrange the trains starting with the trains that contained the largest rods first.

This structure is interesting. We still weren’t completely sure if we had all the rods when we were done. P. didn’t have a definite plan for how to accomplish the task either. I let it go for a couple days and let him sit on it. Just when you think this stuff doesn’t matter to your kids…

Deconstructing with A Plan

We discovered we had indeed found all the complements the first time, but this time, we knew for sure. After 10 we went ahead and worked out the number 9. I used an online c-rods program for the following picture as our image was blurry and this one contained the numbers. 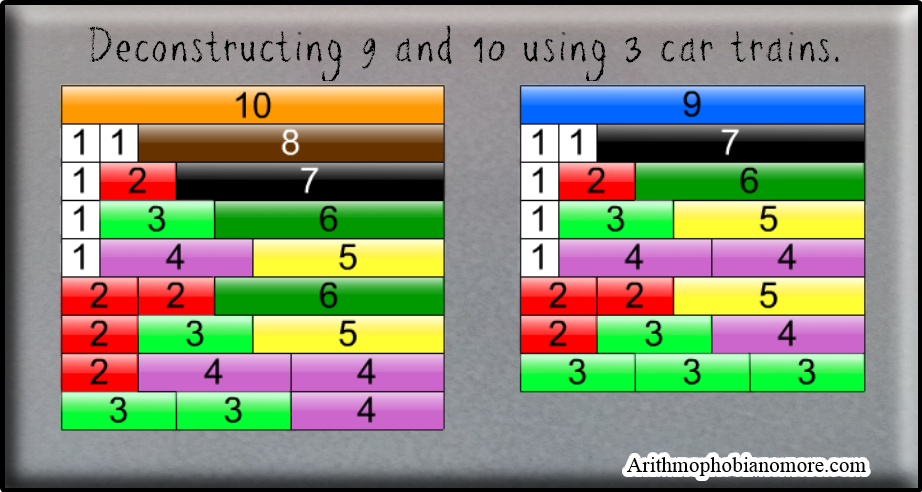 The last train in each structure contains a row that starts with 3. We are sure there is a connection to the number of complements and the number of 3 car trains, but we don’t know what it is. 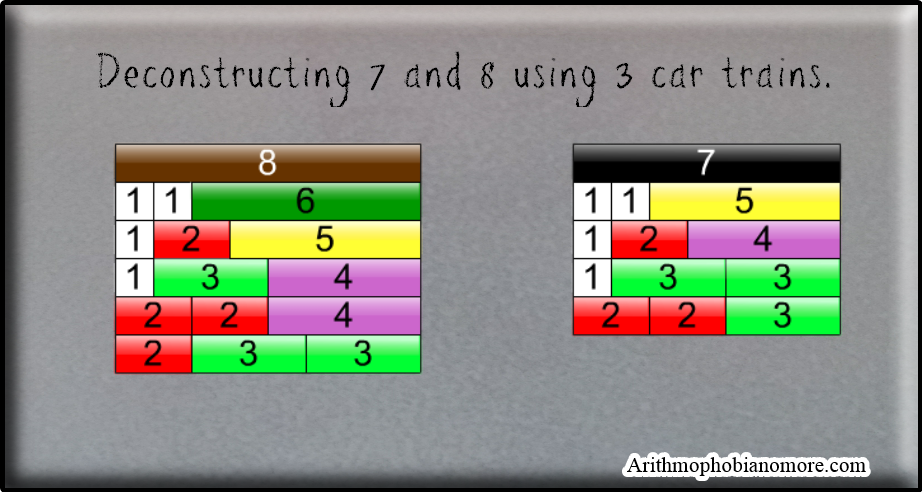 We wondered more than we had answers. We put it all away for another day. Deconstructing is messy. I left him asking lots of questions and loving math. That was my goal. We can deconstruct numbers 1-10 without even thinking about it now. 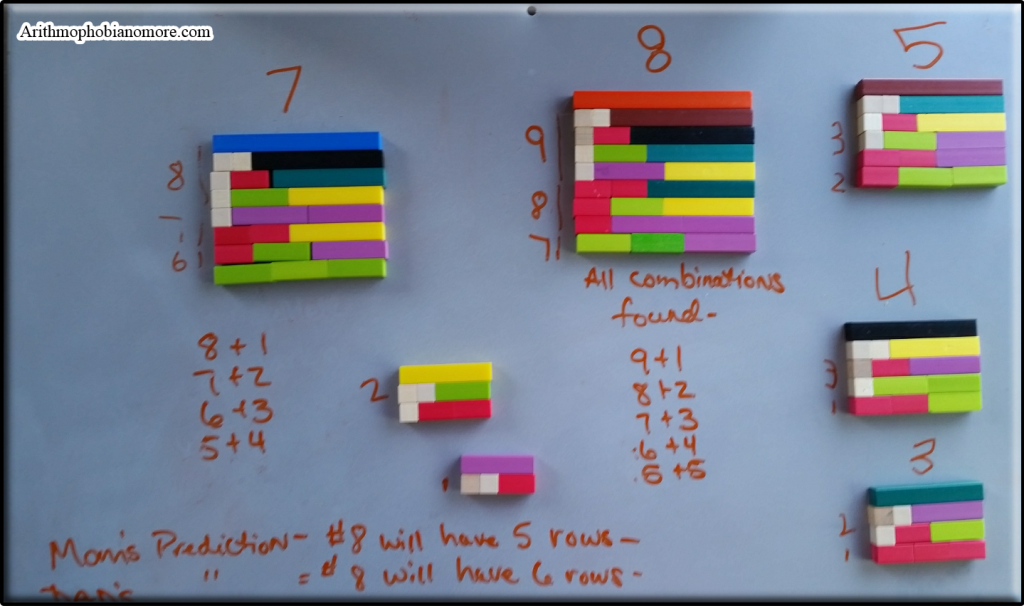 Our blurry mess before church.

In this post, I am continuing the work on Gattegno's Textbook 1, chapter 4. We are partway through our study of the number 5. We've parked ourselves in the middle of a long section that is dealing with multiplication. If you've been following, you know that my 6-year old is highly skilled in the art of distraction and rerouting our math lesson. I put ...